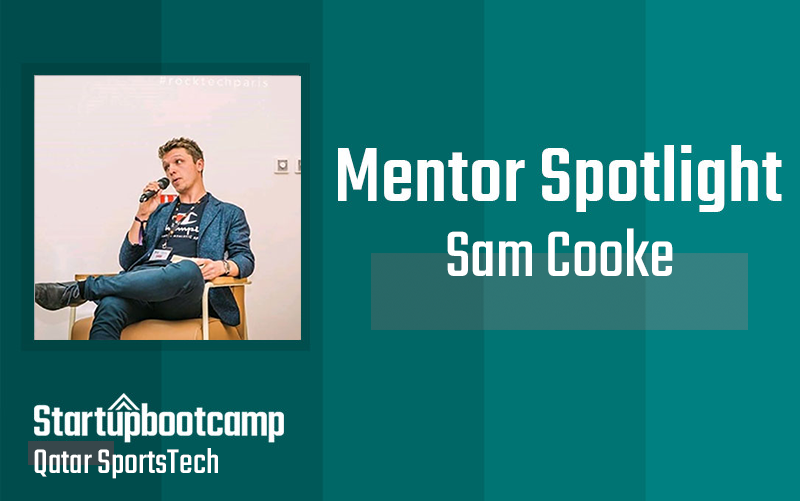 The Startupbootcamp Mentor Spotlight is a series of interviews profiling inspiring stories from our extended network of mentors at Qatar SportsTech. Today, the spotlight is focused on our mentor Sam Cooke, Managing Director & Co-Founder @ Esports Insider.

Sam Cooke started out working in esports as a journalist covering the industry from a betting perspective for SBC News in 2015. Recognizing a potential opportunity and gap in the market, he co-founded and grew the business news site, media, and events company Esports Insider.

Since launching ESI in the summer of 2016 it has grown into one of the leading industry news sites globally and has organized more esports business focused business events than any other company. Also under the company banner is the Esports Insider Hall of Fame, the ESI Trust, and the ESI Media arm too.

In the position of Managing Director, Sam oversees the growth of the company and the direction of the company, as well as its day to day affairs.

Q: What brings you to Qatar SportsTech as a mentor?

As a fully esports focused company, we are keen to see the industry grow across the board, which includes helping to bolster and support great start-ups across the space.

Q: How do you see the future of esports? Where do you think the industry is heading?

It’s one of the fastest growing industries in the world, and whilst right now undoubtedly there are a number of growing pains and challenges, it’s ultimately headed in the right direction. It will continue to garner more mainstream attention from media, and as localized events grow and the opportunities to seriously get involved become more plentiful there will be more involvement too globally. The growth of the industry in SE Asia and LATAM, in particular, can be looked at as two regions where there is a huge opportunity, but by and large for the time being there remains a huge need for education around what esports is, what the options for brands and more to be involved are.

I expect we will continue to see solid growth in viewership numbers in coming years, as esports becomes a major facet of the overall entertainment industry.

Q: How can you support the teams that you are will be mentoring?

We’re one of the top esports business news and media platforms worldwide, and we run a number of high profile industry networking and educational events too. As such we can offer a platform for them to promote themselves and what they offer to the right audiences. We have a strong network via which we can help to support the start-ups involved, and we can also offer guidance as to some of the dos and don’ts in the esports space.

Q: Are there any final tips that you would give to CEOs of young startups working within esports?

Do your research, don’t rush it, and don’t feel the need to make bold claims. Build your product and service offering first, thoroughly test it, get as much feedback as possible, and then test it again. A lot of companies in this space make ‘the first esports …’ claims, which are generally not helpful nor well received. Let your product and services do the talking for you. Esports as an industry has huge potential, but let’s forget the oft-quoted numbers, and focus on where it’s at right now, which is the early stages.

Making the right connections, and forming solid partnerships with the right companies and people (including advisors and such) is vital if you want to see long-term benefits. One of the Fnatic team said on-stage at one of our 2018 events; “Ask not what esports can do for you, ask what you can do for esports”. Be genuine, as if you are well-intentioned, help others, and provide a solid and reliable service there is no reason you can’t be a part of the wider upward spiral of the esports industry, but don’t forget it’s a long-term play. If you’re in this industry for short-term gains, pack it up now and look elsewhere.

If you are working in a London-based startup pushing the boundaries of the Sports Industry, then sign up for our FastTrack event in London and meet Sam Cooke on October 26: Check out the event!